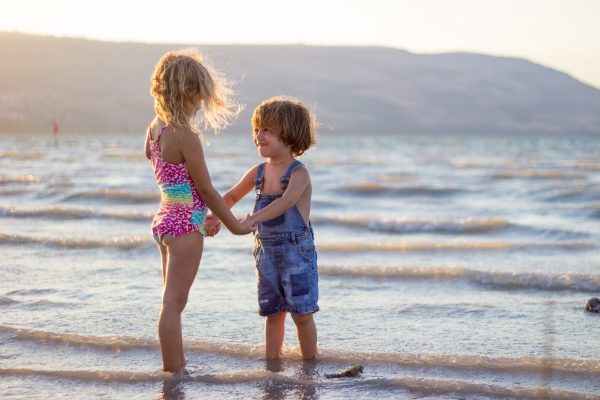 A national charity has urged separated and divorced parents in conflict not to put off tackling the topic of passports for their children ahead of the summer period.

The caution comes amidst growing concerns about the backlog being caused by the surge in new passport and renewal applications following the lifting of most travel restrictions, with the UK Passport Office advising people that the process could take up to 10 weeks.

According to the charity National Family Mediation (NFM), which helps families to sort arrangements for children, property, finance and other important matters following separation or divorce, passports regularly feature as an area of conflict for warring exes.

While NFM says it always sees an increase in the number of people attending mediation relating to travel ahead of the summer period, it is likely to be a particularly hot topic this year, as many families look to enjoy their first trip abroad since the start of the pandemic.

While it is possible for one person with parental responsibility to apply without the other person’s permission, Jane Robey, CEO of NFM, said that was unlikely to result in a positive outcome for anyone involved.

Jane explains: “Holidays abroad are supposed to be fun and exciting, and they are likely to be even more so this year given the fact that many families haven’t been able to travel of late as a result of Covid-19.

“However, for couples in conflict, passports for the children and travel to another country can also be a contentious topic, and for a whole host of reasons.

“One or other parent might feel nervous about the kids going abroad without them, or with their ex’s new partner. Other people might begrudge their former spouse spending money on a trip away when they feel more should be going towards child support.

“When one parent feels particularly strongly about the issue, it’s not uncommon for them refuse to approve a passport application, which inevitably leads to further disagreements.”

Jane says that NFM’s national network of mediators always see an increase in the number of couples wanting to discuss matters relating to travel and passports in the months leading up to the summer break, and that the team are poised for a further surge this year given recent events.

She has urged any parents who are hoping to go on holiday this year to raise any concerns with their ex-partner as soon as possible in light of the wider issues and delays relating to passport applications.

Jane added: “Our mediators always see an increase in cases relating to passports for children in the months before the summer break, but we are expecting a further surge this year as so many people put off applications and renewals while the travel restrictions were in place.

“While technically it is possible for just one parent to a complete a passport application, in our experience that approach tends to further fuel the conflict, and can lead to further arguments and upset. In a worst case scenario, your former spouse might even apply to the courts to block the application.

“My advice to anyone wanting to travel this year is to discuss the matter with your ex as soon as possible to avoid further delays.

“If you’re relationship is too fragmented, it is worth considering speaking to a professional mediator as they are highly skilled third-party negotiators with experience in helping families create long-term solutions that work well for their particular circumstances.

“Currently couples wanting to discuss children matters can also access the Family Mediation Voucher Scheme which is worth up to £500, so there is no reason to worry about financing it.”